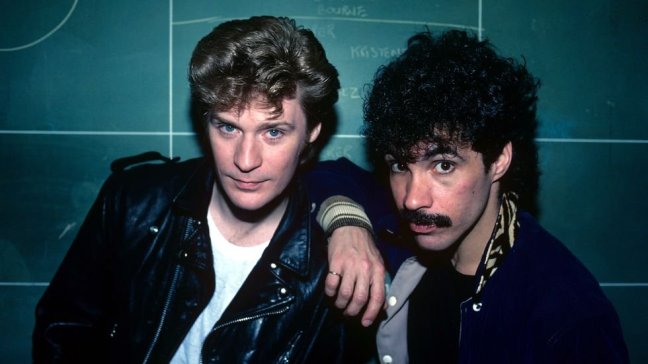 In this special programme, set to the soundtrack of Hall and Oates song writing craft, we heard about how they write their songs and how they see their remarkable music partnership after nearly fifty years together.

Presented by Mark Goodier the programme charted the duo’s first hit in 1974 through a remarkable sequence of their ’80s worldwide hits.These guys were big Daryl Hall and John Oates smooth, passionate take on Philly soul brought them enormous commercial success – including six American number ones singles. The one hour programme revealed that the 80’s was a career high in terms of commercial success, producing a stream of great songs and albums that still sound as good today as when they were first released, Daryl & John continue their passionate relationship with music and with their fans, with album releases and regular live shows today.

With unique comments from Daryl Hall and John Oates the programme gave a revealing insight into the duo’s longevity for Absolute Radio – Broadcast Sunday 12th November 2017.

Sugar Productions Ltd loves great ideas and programmes for broadcast and new media. We’re a content company, but also in the people business and understand the needs of the modern broadcast environment on air and on line.

We are also able to arrange voice over sessions utilizing some of the finest studios in the UK. This means we can offer a complete recording service from our media centre in London. We've been helping broadcasters (most notably the BBC) select, record - voice artists and presenters for our programmes and films.

Director of the company John Sugar has learnt a thing or two in his lengthy career and now is happy to participate in voice over sessions and direct others in the studio. Sugar Productions Ltd uses the finest studios all equipped with Pro-Tools adhering to BBC standards and acoustic design. So you can be sure that your voice over recording, programme or film will be delivered to the highest standard and completely to your specification.